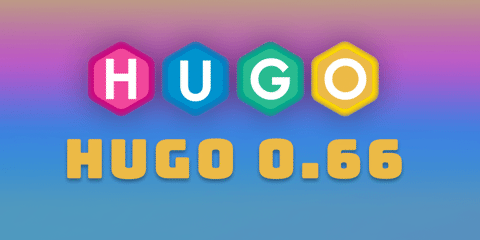 This relase adds inline @import support to resources.PostCSS, with imports relative to Hugo’s virtual, composable file system. Another useful addition is the new build configuration section. As an example in config.toml:

The above will tell Hugo to always use the cached build resources inside resources/_gen for the build steps requiring a non-standard dependency (PostCSS and SCSS/SASS). Valid values are never, always and fallback (default).

This release represents 27 contributions by 8 contributors to the main Hugo code base.@bep leads the Hugo development with a significant amount of contributions, but also a big shoutout to @anthonyfok, @carlmjohnson, and @sams96 for their ongoing contributions. And a big thanks to @digitalcraftsman and @onedrawingperday for their relentless work on keeping the themes site in pristine condition and to @davidsneighbour and @kaushalmodi for all the great work on the documentation site.

Many have also been busy writing and fixing the documentation in hugoDocs, which has received 8 contributions by 5 contributors. A special thanks to @bep, @nantipov, @regisphilibert, and @inwardmovement for their work on the documentation site.